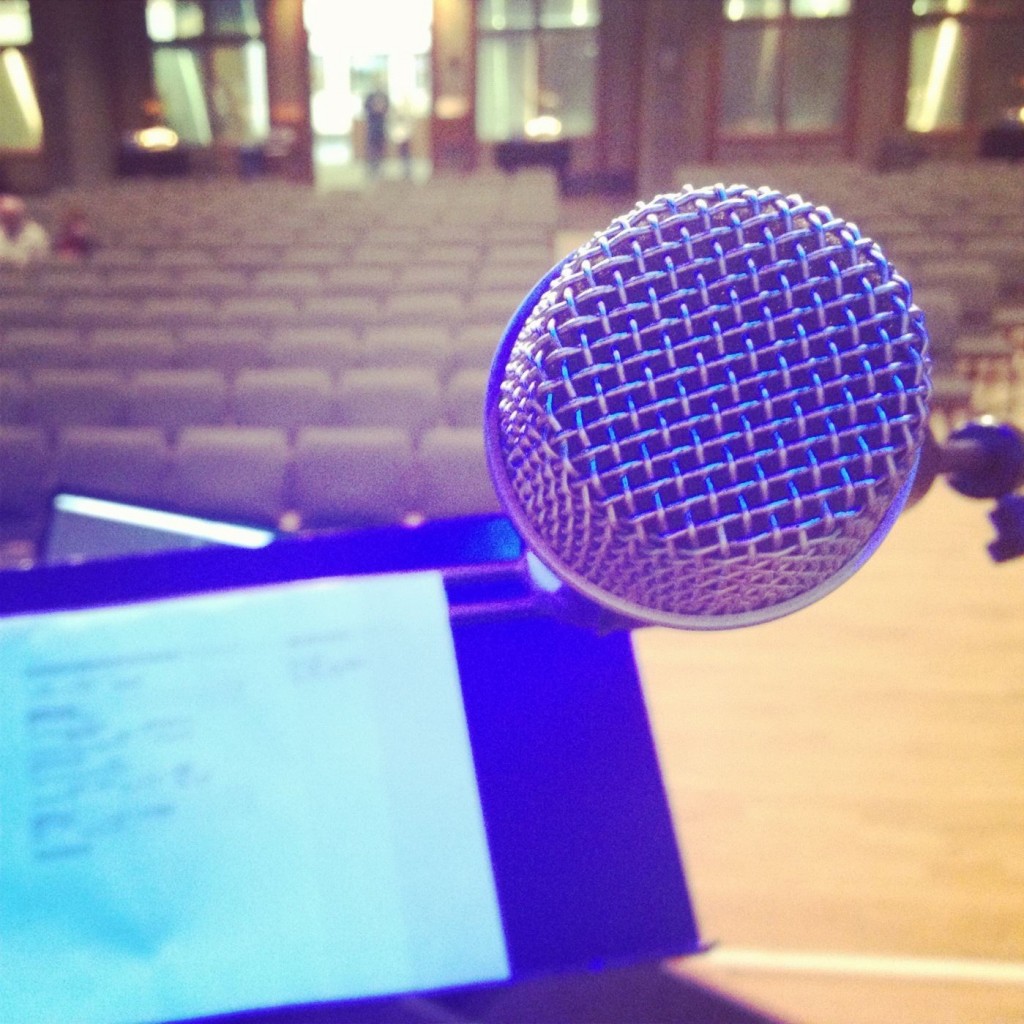 Saturday night I had the biggest fail of my musical career.

Earlier in the week I was assigned the task of playing an acoustic arpeggio pattern complete with hammer-ons and slides to multiple chord changes up and down the fret board. I would be performing this with the rest of the band for the weekend services at my church. I could have handed this lead off to someone else but I wanted to take on the challenge more than I wanted to run from it.

The moment came, 25 minutes into an 8 song set. My fingers were already tired from playing through a long afternoon of rehearsal. I had a 30-second transition to pull forward a chair, sit down and get comfortable. I confidently started in on a repeating picking pattern in the right key BUT it was the WRONG pattern. I panicked and stopped playing. I gave it a second, feeling sure that I would remember the right pattern but I didn’t. It never came to mind. You could feel the tension from the 100’s of people waiting for something, anything to happen. Don’t make eye contact Dawna. That’s the kiss of death. I glanced around at the other musicians in an ineffective effort to communicate to them through the look of panic in my eyes. Somebody cover for me. My mind was completely blank. The only thing I seemed to be getting back from them were kind smiles and nods. Not helping guys. Not helping.

I buried my head into my guitar in equal parts embarrassment and disappointment. Not only did I fail at something I worked so hard to accomplish but I also let the team down. 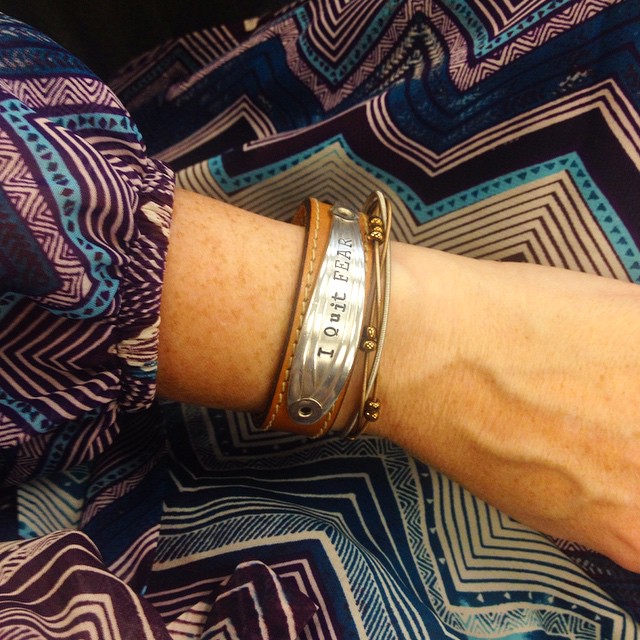 The song got off to a rough start when the electric player jumped in with a strumming pattern and the band continued without me. I kept my head down while I ran my fingers up and down the fret board hoping I could somehow slide back in and recover some amount of dignity. My only remaining solace was in hiding my eyes but then it suddenly occurred to me that half way through the song I had a vocal harmony part. With my head still down I realized I had two choices. I can keep my head buried in shame or look up, smile and sing. My eye caught the bracelet which I had proudly placed on my wrist that morning. Well now I’m kind of disgusted by the little thing. Ha! I didn’t know it was going to be so relevant. I knew what I had to do.

Whenever I’ve mentored another musician I’ve always said, “The sign of a true professional isn’t that you never make a mistake, it’s what you do when the mistake happens.” Now I had to digest my own words.

I wish I could say I exited the stage with my head held high and proud of my recovery, but I was rattled and really didn’t want to make eye contact with anyone so I kind of hid in a corner for a while.

I’d like to send my deepest condolences to the band Need To Breathe for shaming their tune “Multiplied” but I also realize that the beauty of this story comes through the trying and the failing and the trying again and that’s all part of the process of quitting fear.

Dawna Stafford is a public speaker, athlete and COPE Certified Health Coach. She started the I Quit Fear movement to challenge and inspire people to learn to work with their fears, to push into and through them in order to live a complete life and live out their passions.
View all posts by Dawna Stafford →